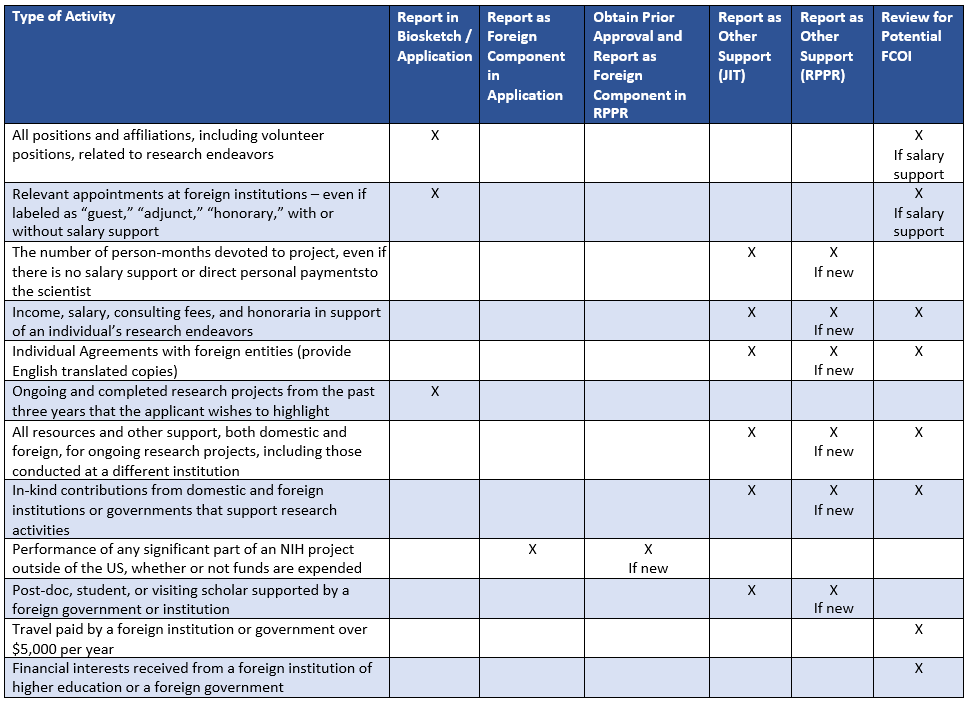 This announcement on the NIH website has more information.

Generally, the following information should be disclosed to federal research Sponsors: 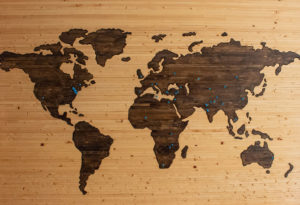 At the time of proposal/Just in Time

At the time of progress reporting:

If there are any questions as to if a new outside appointment or external source of support is permissible under the terms of the award, it is appropriate to discuss the proposed activity with the Sponsor’s Program Office.

It is currently not necessary to report:

Foreign components need prior approval on NIH grants. They should be called out in proposals if known, and should be reported prior to engaging in the research activity if added after the start of the award. Foreign Components include:

*Note: the foreign component needs to be reported and approved by NIH even if NIH funds are not being used to support the activity even if the foreign activity is due to the PI or other key personnel working on the project from outside the U.S. for a sabbatical.

In collaboration with Penn Global