By the Numbers: Pennovation Works’ Ascendant 2018

During its second year, Pennovation Works, a strategic blend of offices, labs, and production space that pushes for the advancement of knowledge and economic development, continued to move the needle on activating its space as an innovation destination. 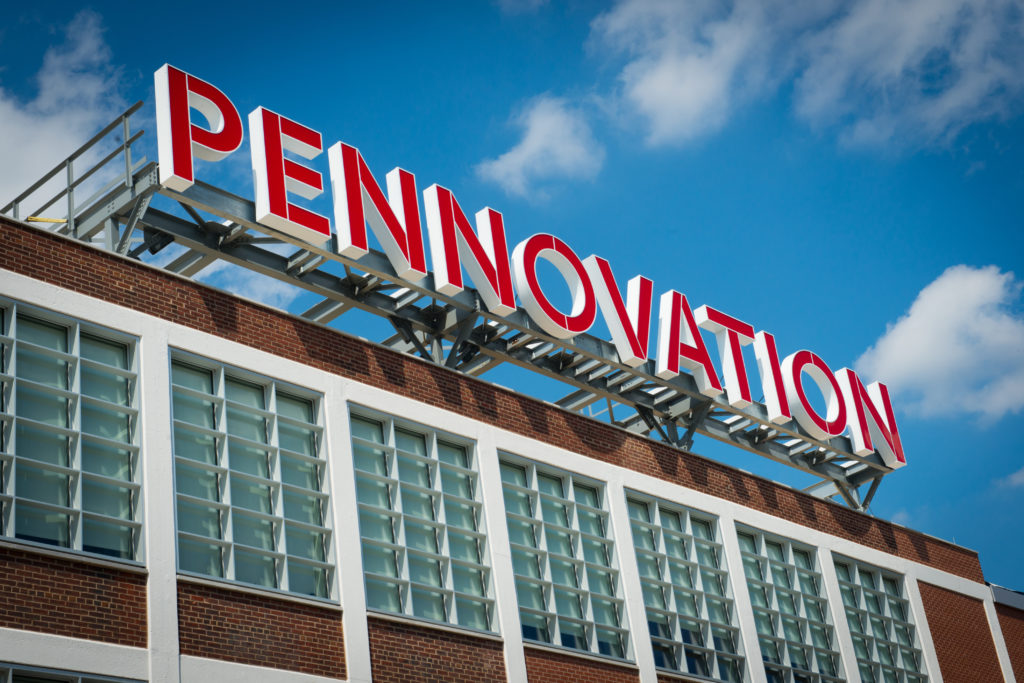 In 2018, Pennovation Works continued to foster forward-thinking—and fast-growing—companies like Aro Biotherapeutics, with its development of a proprietary protein scaffold that enables tissue-specific drug delivery. Pennovation worked with the Women of Tomorrow Mentorship Program in April to connect Pennovation-based entrepreneurs to area high school students. And in the fall, it celebrated a partnership with Johnson & Johnson that establishes the JPOD@Philadelphia networking hub on the Pennovation Center’s second floor that includes a secure telecommunications conferencing system to connect regional innovators to the JJI and JLABS network.

Here’s to a 2019 that will be just as—or more—momentous, as JPOD@Philadelphia grows its programming with resident companies and the QuickFire Challenges, and turnkey development of the Main Lab Building moves forward.

Below, some standout year-in-review statistics from Pennovation Works’ 2018.

The number of companies that now work at Pennovation Works, including the Center.

The number of programs hosted this year at Pennovation Works.

The percentage of lab space now leased at the Pennovation Center.

The number of complimentary, on-demand shuttle rides made to the Works site in 2018.

The number of jazz fans who attended a Daedalus Quartet concert in April to drive additional interest in bringing arts innovators to Pennovation Works.

The number of engineers, entrepreneurs, investors, students, and artists who attended the first Philadelphia Mini Maker Faire at Pennovation Works.

The number of graduates who emerged from Penn’s College of Liberal and Professional Studies inaugural Coding Boot Camp.

The number of educationally underserved students in Greater Philadelphia who benefitted from the Steppingstone Scholars Program learning initiative on robotics.

By Brandon Baker. Originally published by Penn Today on January 9, 2019.

"In the wake of high-profile police shootings of Black Americans, it is important to know whether race & gender of… t.co/AdoaLEDkI0